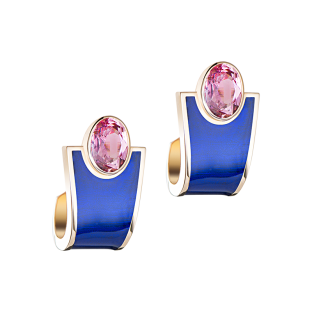 The first Sultana of the Ottoman Empire.
Powerful and influential across cultures,the variety of colours and gems reflects her legacy.

Ayse Hafsa Sultan was the first Ottoman imperial woman who held the title ‘sultan’ after her given name, replacing ‘hatun’.
She was one of the most powerful women in the Ottoman Empire, ruling for 14 years and notorious for influencing state affairs.
The collection captures Ayse Hafsa’s strength and pioneering spirit, with its bold design
and striking use of enamel colours and gems.

It also embodies her uniqueness, with its many opportunities for combining individual pieces together.